Nobody wants to be required to pay excessive taxes, but if you are going to be faced with this type of burden you would at least like to know how heavy the load is going in be. In estate planning circles the details of the estate tax for 2011 have been somewhat of a mystery throughout the 2010 calendar year, and this has made it difficult to act with full certainty. Under the laws as they have existed throughout 2010 the estate tax exclusion was set at $1 million, and the rate of the tax was scheduled to come in at 55%. So any portion of an estate that exceeded one million in value would be taxed at a 55% rate.

Estate planning attorneys and other interested parties have been keeping a close eye on the news regarding the 2011 estate tax parameters. Throughout 2010 there were various proposals being discussed by lawmakers, with the matter of the estate tax being a part of a broader tax debate. The tax cuts that were a part of the Economic Growth and Tax Relief Reconciliation Act of 2001 were set to expire at the end of 2010, and many people wanted to see them extended. Over the course of the year it became clear that whether or not this was to take place had a lot to do with the outcome of the midterm elections.

After the election results were in, the Congressional environment began to bode well for a possible extension of the Bush era tax cuts and a reduction in the estate tax. This possibility became a reality when Congress passed a sweeping new tax bill in the middle of December and the president subsequently signed it into law. The estate tax exclusion is now $5 million for individuals and $10 million for couples and the top rate of taxation has been reduced to 35%. These changes will be in place for two years, and where things will go from there would appear to be largely dependent on the way the political winds blow as 2012 approaches.

Other Articles You May Find Useful 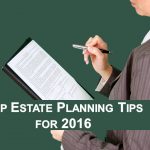 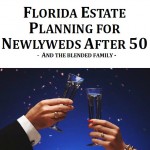 Free Report: Florida Estate Planning for Newlyweds After 50 and The Blended Family

Estate Tax: Changes In The Offing

Making A Unique Difference With Your Estate Plan

Please check back later for seminars.
The Edwards Law Firm