Florida is home to more than 1.5 million veterans – and according to the Veterans Administration, that number is on the rise. Even as Governor Scott is preparing to sue the VA for “stonewalling” state health investigators who were there to inspect the facilities, former Governor Charlie Crist is making his position known as well.

The governor’s lawsuit is sure to set up an epic legal battle between VA facilities and state officials who say access to the facilities and even the medical records of veterans is the only way to know what damage, if any, has been done to veterans throughout our state. Those with the VA insist there’s no need for “state oversight of federal hospitals” and have vowed to fight the suit.

Keep in mind, Governor Scott is also readying himself to do battle again with former governor and Democrat Charlie Crist, who has wasted no time in attacking his Republican opponent. For his part, the former governor is taking a hard stance against what he says is the state’s failure to expand Medicaid coverage to more than 40,000 of Florida’s vets. Last week, he told the media, “The VA could do a better job. There’s no question about that”. He then went on to suggest that current Governor Rick Scott “ought to turn his focus (to) helping veterans in Florida and making sure they get the health care they deserve by expanding Medicaid.”

Governor Scott didn’t miss his own opportunity to speak to the press last week, either, “We’re committed to being the most veteran-friendly state in the nation, and reports of deaths, neglect, poor conditions and a secret waiting list in federal VA hospitals in Florida are unacceptable”. He said transparency and credibility are the only way to know for sure that proper support is being provided to those who served this country. He vowed to continue to fight the federal government until the state’s satisfied that any problems have been solved.

What VA officials think of this is not known as no one has been willing to comment on record. One regional spokesperson did, however, release a statement to the media in May. Mary Kay Hollingsworth said in that release that there is not now nor has there ever been any kind of secret waiting list at Gainesville’s VA hospital and that indications are her employees have exhibited nothing but “passion and dedication to serving our veterans.”

The Inspector General announced that the 42 Veterans hospitals are now under criminal investigation, up from 26 from just one week ago. Unfortunately, it appears the spokespersons associated with Florida’s VA medical centers are more interested in reminding the public that they are not subject to state laws. This is likely because of the growing scandal associated with allegations of waiting lists, wrongful deaths, misdiagnoses and other delays. It’s also not known if any of those criminal investigations are happening in Florida, though it’s believed one is occurring in north Texas and another in Arizona, which is where the scandal began. There is one specific Florida case, dating back to 2012. A patient died of bladder cancer, after having been misdiagnosed with a urinary tract infection “for years”. The Veterans Administration is investigating, though won’t release anything to state officials.

For our clients, we are monitoring events as they unfold in our state. Many of our clients are veterans and receive veteran’s benefits. If there are any questions are concerns, we encourage our clients to contact us and we invite others to contact us to schedule a complimentary consultation that will help you decide how to approach everything from filing for Medicaid coverage to securing veterans benefit. 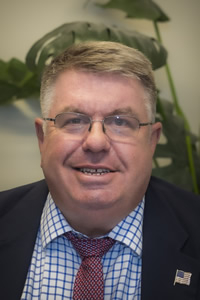